Any questions on Oahu real estate? Click here to schedule a chat with Tom!
Search by Region

The Oahu MLS (HiCentral MLS) has 12 different Regions.  Each of these MLS Regions is further broken down into Oahu neighborhoods (it is called “Subdivision” in property search on this site). 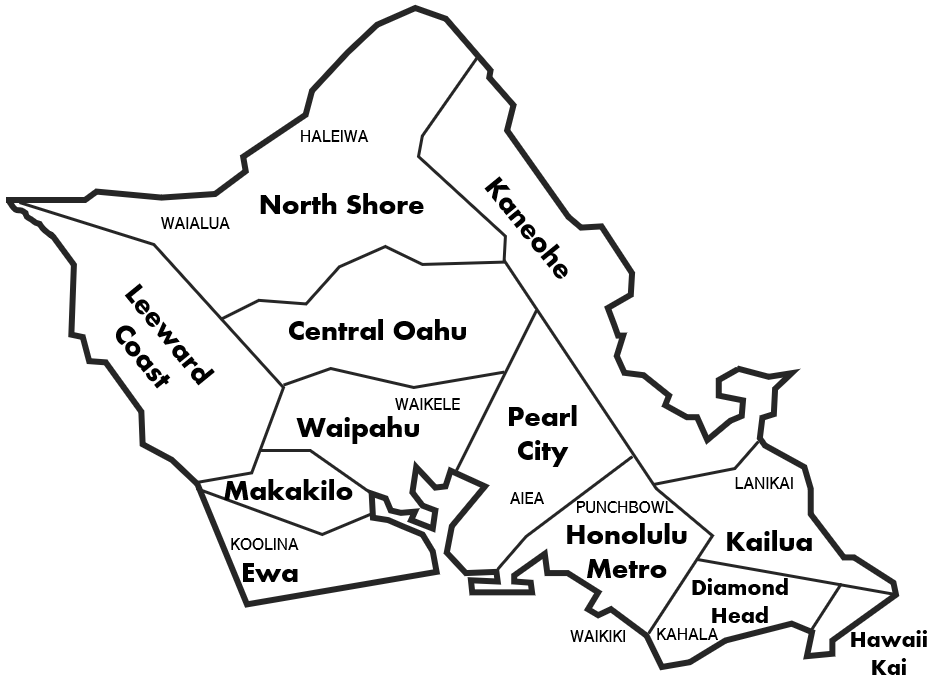 Some Regions cover one or more towns and zip codes.  For example, the Kailua Region covers both Kailua Town and Waimanalo.  Similarly, the Kaneohe Region covers the smaller municipalities of Kaneohe Town, Kaaawa, and Hauula. In the case of Honolulu, one very large city is broken down over three Regions. These are Metro Honolulu, Diamond Head, and Hawaii Kai. The most famous neighborhood on Oahu, Waikiki, is in the Metro Honolulu Region.